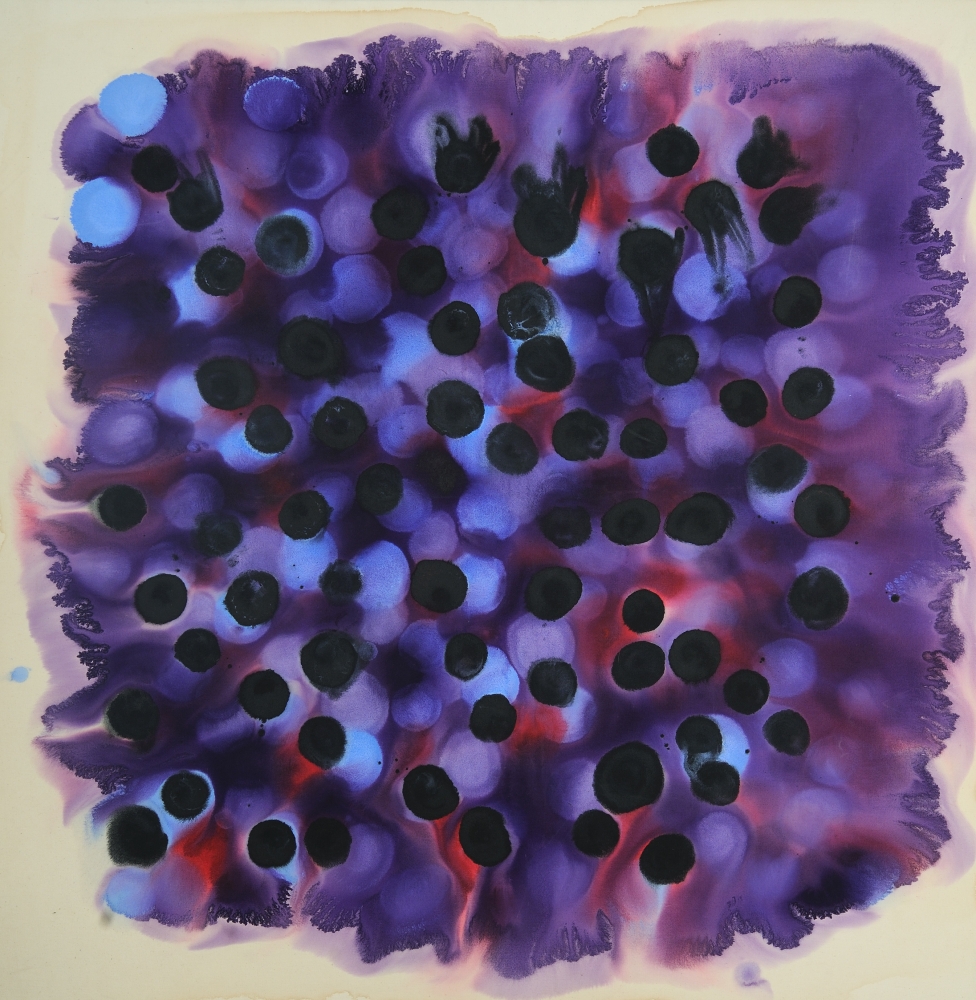 Kenneth Young (American 1933-2017) paints compelling colorful abstractions rendered in bright washes of acrylic, which refer to the beauty of the natural world, art historical trends, and the politics of the civil rights era. Born in Kentucky in 1933, Young originally intended to become a scientist and after earning a degree in physics at Indiana University, he enrolled at the University of Louisville with the intention of studying chemical engineering. During his time in Louisville, Young joined the local black artist’s group, Gallery Enterprise, where he met Bob Thompson, Sam Gilliam, and Robert Douglas among others. Inspired by the new cultural milieu in which he found himself, Young switched his field of study to painting and graduated with a bachelor’s degree in fine arts. In 1964, Young moved to Washington, D.C. where he began to meet other artists who would come to make up the Washington Color School. He found a fulltime job as an exhibition designer at the Smithsonian Institute in Washington—a position he would hold for over 35 years—and devoted his spare time to his artistic practice. Young’s period of recognition began with his first solo exhibition in Washington at the Franz Bader Gallery in 1968 and culminated with a solo exhibition at the Corcoran Gallery of Art in 1973. Over the following years Young continued to design exhibitions for the Smithsonian and taught painting and drawing at the Corcoran School of Art from 1973 to 1985, and, later, exhibition design at the Duke Ellington School of the Arts in Washington. In recent years, Young’s work has begun to finally garner the attention it deserves and has been exhibited in the 2014 exhibition Washington Art Matters II at the American University Museum at the Katzen Arts Center, and in the 2018 exhibition The Language of Abstraction at the University of Maryland University College. He is slated to have a retrospective, Kenneth Young: Continuum, at the American University Museum in Washington, D.C. and his paintings are in the collection of the Smithsonian American Art Museum, and the National Gallery of Art. Young died in 2017 after spending the last two years of his life travelling around the Caribbean with his daughter.