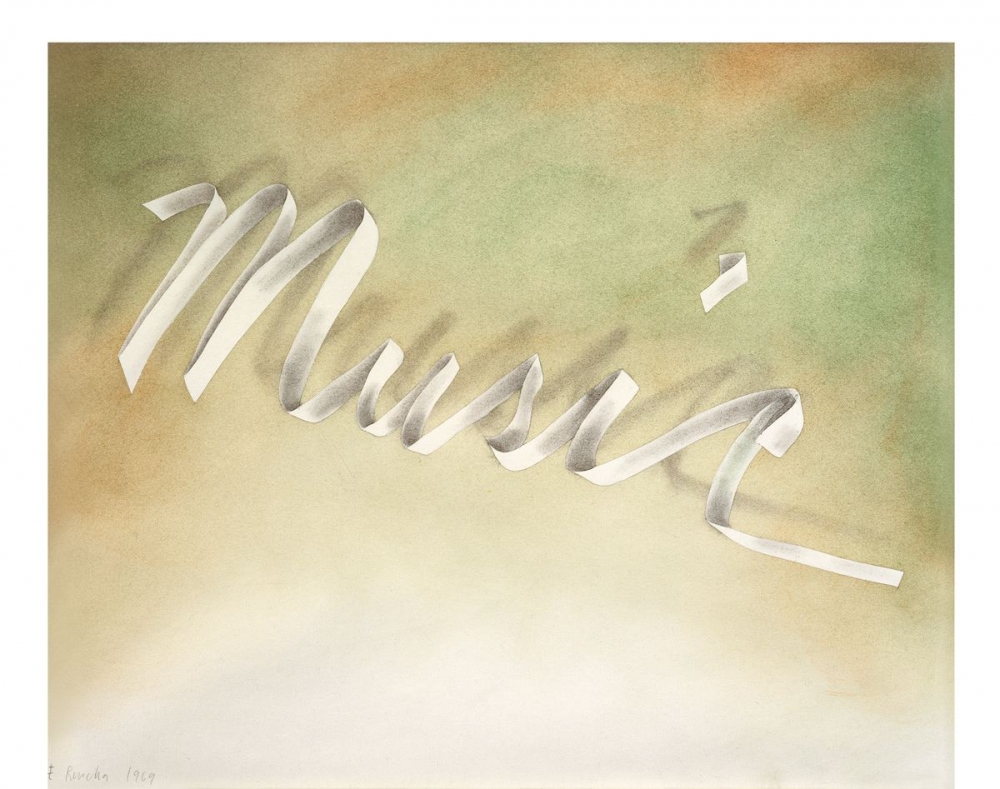 This museum-quality exhibition was the most comprehensive show yet of Ed Ruscha’s fabled “Ribbon Word” drawings. Included were some fifty text compositions from the late 1960s, and early ’70s, that are central to the Los Angeles-based Pop artist’s oeuvre. Over the years, they have proven to be influential and prescient as they heralded a new form of what British critic Kelly Grovier has termed “verbal vision.” Ruscha actually created 3-D paper models of words and letters that he would then draw, typically one word per composition, working in graphite and gunpowder, and eventually adding watercolor.

Subtle shading and dramatic foreshortening lend many of the pieces an architectonic feel, like imposing structures floating in space. Recurring words like “Sin” and “City” denote towering monuments, and suggest high walls and infinite spaces. Honk and Music evoke sounds, while Hollywood and Palm allude to the environs of Southern California.

Exhibition curator Dieter Buchhart indicated in the show’s catalogue—of which I was one of the editors—that in the Ribbon Word drawings, Ruscha alludes to signage and neon advertising in public spaces, the city streets, and also film and theater. Due to their fragile nature, particularly the pieces created with gunpowder, the Ribbon Word drawings are rarely shown in public individually, let alone in this depth and quantity.